A customer of mine had an issue with printing a monthly report from Excel that contains charts and graphs.  The data on the graph did not show on the print out, but it did show correctly when doing a Print Preview.

In their case, one of the pages contained four graphs on the page.  The odd thing is that when you print the worksheet two of the four graphs had data and the other two didn't.  This behavior also happened when printing to several different models of printers and even when printing to Adobe PDF.

The other oddity is that this same spreadsheet worked correctly for some of my users, while it didn't for others.

In the end I discovered this issue was isolated to those that had Microsoft Office 2007.  Those running Office 2003 were not affected.  Further I found this is caused by a Microsoft Patch that was issued in December 2011.  Removing this patch (KB2596596) corrected our issue.

This is what the graph looked like when it printed incorrectly: 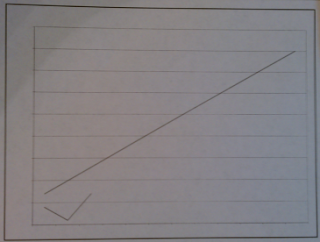 This is how the graph is supposed to look: 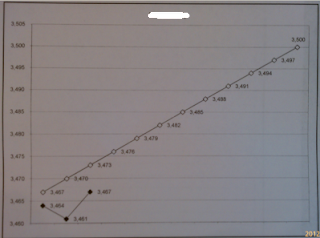 As always I'm hoping this will help someone else fighting this issue.